Last time Darcy and Frederick went to Selvadorada to explore a different culture. There Darcy met Alison Delgado, no relation to the Brendleton Bay Delgados, and became very smitten with her eventually asking her to move in. Percival Harwood joined his ancestors in the great beyond and his remains moved into the family mausoleum under the house.

We start off the update with Harmony completing another aspiration. Now she is working on Successful Lineage.

Before Georgiana moves out she gets her picture added to the wall. 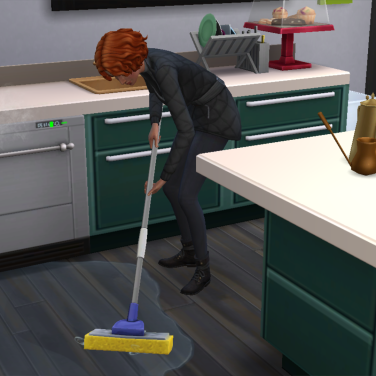 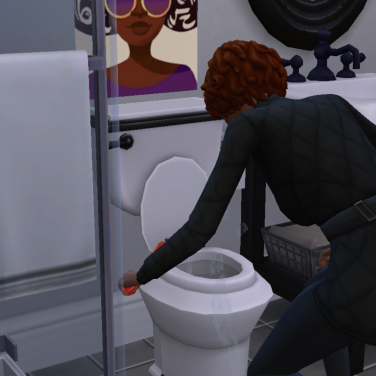 Alison makes herself useful by cleaning and repairing items. I believe the cleaning was autonomous and the repairing was directed.

Alison: Thanks for inviting me out so soon after I joined the page turners. What is it exactly that this club does?

Science lady: I’m sorry but I’m not part of this club, but it looks like the sims you came in with are reading books…so maybe…read a book.

I think Alison was expecting a little more out of her club.

Vex: What a weird light…I wonder where it comes from? Elliot pretty much looks the same except maybe a little more filled out if possible. Elliot’s last trait is Geek.

Elliot gets a little makeover and he, Georgiana, and his brother Frederick move out to an apartment in San Myshuno. Frederick doesn’t look too happy with this development. 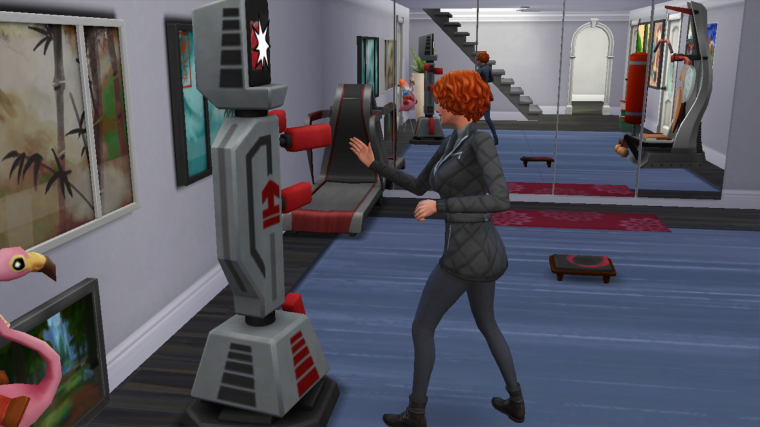 Alison finds the newest work out machine. I find it a little interesting that sims don’t change into their work out clothes when interacting with this machine. Vex: Okay I’m back from that terrible experience. Elliot are you ready for your birthday?

Yep Elliot had his birthday and moved out before his mom got back from outer space. And Vex was really angry about the abduction too.

Harmony wanted to start a new career so I had her join the music career, but it didn’t count as new because she was employed in the music career previously. However, I feel like this job suits her the most so she says. 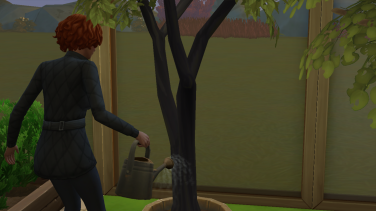 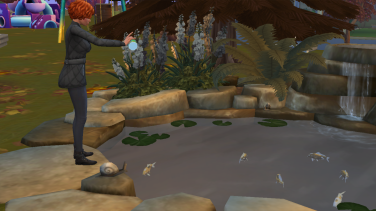 While Alison is working on her Leader of the Pack aspiration she’s not going to have a job, so to fill the time when she’s not having a club gathering she does odd jobs around the house.

Vax: How are you holding up Harmony?

Harmony: Um…I’m doing okay. Although I worry for Jane. She spent the least amount of time with him.

Vax came over when Alison was holding a club meeting, so she invited him to join and he accepted.

Alison: Hey Masato, I think this club is great but it could be better! How’s about you step down….temporarily of course…to let me see if I can improve upon your success?

Masato: Shure I could use some new ideas to infuse this club with.

And thus Alison became leader of the Page Turners.

Frederick: Don’t mind me. I thought I’d just stop by and take care of a few things.

Me thinks Frederick is a little homesick. 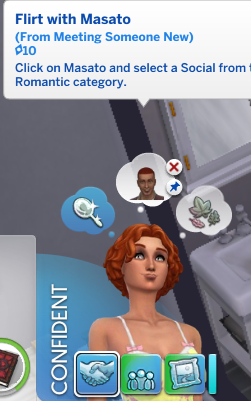 Darcy, being in love with his fiancee wanted to spends some quality time with her. While Alison, said fiance wanted to flirt with her former club leader…..maybe this is where she got a bad reputation.

Alison has completed her second milestone and now is working on tier 3. 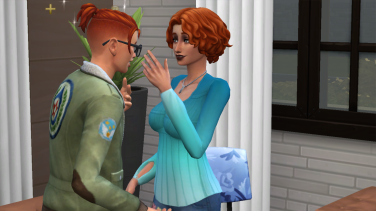 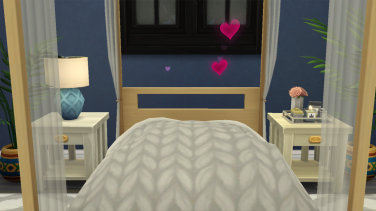 However Darcy’s wish gets fulfilled. I will say once I catch up I will fulfill more of my sims wishes, especially the ones that aren’t necessarily what I want just to make things more interesting.

Harvestfest rolls around and Vex is still sad, but life goes on and they have a holiday to celebrate.

Jane plays on the piano and completes her aspiration! After unchaining herself from the piano she gives an offering to one of the Gnomes. Which it happily accepts.

Everyone eats the grand meal at their own pace. It would have been nice to get a family picture of them dining together, but they were hungry at different times so this is what we get. 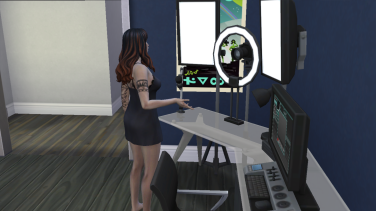 The rest of the holiday passes uneventfully. Darcy helps Jane with her new aspiration as a Whiz Kid then runs on the treadmill. Harmony decided she wanted to edit a video, but had to create one first.

After the holiday the family decided it was time to upgrade their house. I downloaded this house created by Deligracy from the gallery. 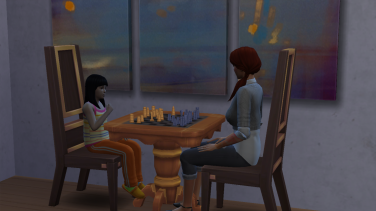 Jane continues to get help from her family so she can complete her second aspiration. Pearl, the founder, was the first ghost to visit the family in their new house.

It’s been awhile since someone has visited the family Vet Clinic so I sent Alison their to check up on it. While she was their an elder pet died, the second one to die in the clinic, so after Grimm left Alison decided it was time to go herself.

That night Darcy and Alison pledged their love for one another in front of the Harwood family. There was food, drink, dancing, cake, and naps for everyone. Jane spent most of the party napping and Alison took a bath before cutting the cake. 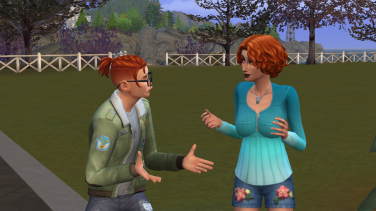 The next morning Alison tells Darcy the exciting news that he his going to be a father. At first he isn’t sure what to think, but then is elated.

This is where I end the chapter, join the Harwoods next time to see the new bundle of joy. And will Alison’s bad reputation get her into trouble?